Local historians are making a documentary film about the early history of the manmade Great Sacandaga Lake and the effect the lake had on property owners displaced through its creation decades ago.

The Great Sacandaga Lake Advisory Council in May allocated $60,000 for the 54-minute film.

“This project really has been a group effort, with the entire committee contributing their time and knowledge,” Fulton County Historian Samantha Hall-Saladino said.

The working title of the film – hoped to be completed by June 2017 – is “Harnessing Nature, Building the Great Sacandaga.”

Council Chairman Henry Hughes of Schenectady said the money for the film comes from settlement money the council receives annually through the old power company for the lake. He said the idea for the film goes back two to three years ago.

Hall-Saladino last week was helping to write the script for the movie, which may someday air on PBS or another network, she said.

She said the film would also be used by public libraries as an educational tool. Short clips may be shown in classrooms. She said the documentary is a project whose time has come thanks to the council funding.

“We’ve been meeting for over a year,” Hall-Saladino said of the planning.

Hall-Saladino and Saratoga County Historian Lauren Roberts were selected by the council as co-chairwomen of the film committee.

“We have a unique opportunity to document the creation of the reservoir,” Kemper said.

Pepe Productions of Glens Falls – a corporate video production company that has produced sales videos, award-winning documentaries and interactive CDs – will be doing the project.

Hughes said the idea for the documentary actually started with Pepe.

Hughes said he found out in August 2014 that the Hudson River-Black River Regulating District had old movies that could help the documentary.

Hall-Saladino said she and Roberts have been meeting for a year with municipal historians who have agreed to help with the project. She said the group had been waiting on funding, but the situation took care of itself with the Great Sacandaga Lake Association’s $60,000 earmark.

Creation of the Great Sacandaga Lake was well-documented, but its effect on the human side hasn’t been widely recorded.

The historians say they hope to create a film about the social and cultural history of the Great Sacandaga Lake.

The manmade lake, shared by three counties and tourists as a recreational spot for many, is steeped in history. The word Sacandaga means “Land of the Waving Grass” in the local native language. Formerly the Sacandaga Reservoir, the Great Sacandaga Lake is in the Adirondack State Park. It is located in the northern parts of Fulton County and in Saratoga County. A small part of the lake also extends northward into southern Hamilton County.

Controlled by the Hudson River-Black River Regulating District, the primary reason for creating the lake was to control flooding on the Hudson River and the Sacandaga River. Construction began in the 1920s and was completed in March 1930 at a cost of $12 million.

Hall-Saladino said many of the people whose lives were personally affected by the building of the lake have died. But she said the film will include past interviews already done by Peter Pepe of Pepe Productions.

She said the hope is to have a premiere for the film locally, once it is finished.

Kemper said Pepe was actively involved in making a similar film years ago, but it never came to fruition. He said Pepe’s archival interviews will fit in with the documentary. When the council funding came, he said the film became “doable.”

Kemper said the film will tell the tale of children who had to move out of the Mohawk Valley after the flooding when the lake was being created.

Pepe said he actually started working on the project 30 years ago with the former Adirondack Research Library. He said he spent about five years collecting two dozen interviews with people alive when the Sacandaga was flooded.

“It was a magnificent feat of engineering,” he said of the lake construction.

Pepe said Roberts asked him if he would be interested, and he has taken on the job to complete the film. He said old videotaped interviews will be digitized.

“I’m thrilled to once and for all be able to finish it,” he said.

Pepe said the public can still provide “unique stories” and photographs for the film to Roberts at her Saratoga County historian office.

“We want people to understand we’re looking for information,” he said.

The film crew has already been working on a trailer, which isn’t ready yet, he said.

Michael Anich can be reached at [email protected]. 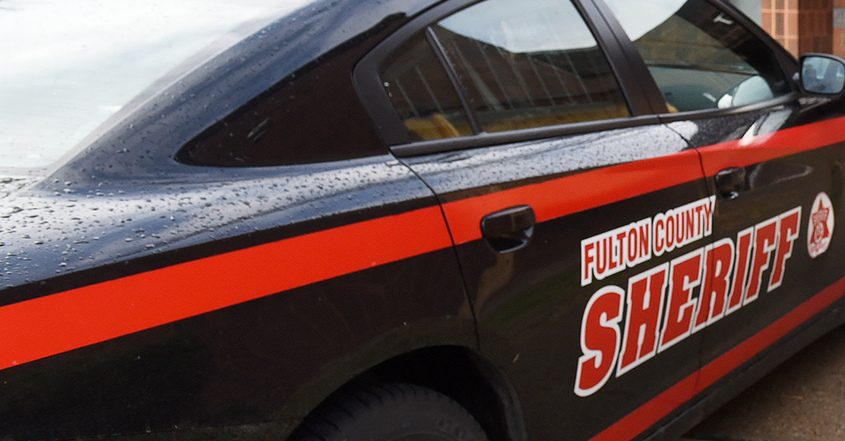