This is the year to put Scaffold Law to bed

For many years now, the Fulton Montgomery Regional Chamber of Commerce has had as a priority the repeal/reform of New York State Labor Laws 240/241, more commonly known as the Scaffold Law.

First imposed in 1885, at a time when worker safety was largely neglected and most modern safety equipment and scaffolding techniques did not exist, this antiquated law has remained unchanged.

The onus of this law is the fact that it imposes strict absolute negligence on the construction company, business owner, and/or property owner for any elevation-related injury to an employee, regardless of the reason, even if caused as a consequence of his/her own actions or carelessness.  An employee can disregard safety procedures, act recklessly or come to the job site under the influence, and still hold the employer responsible.

Because of this, New York State has the highest general liability insurance costs in the entire nation, which drives up the cost of all construction projects, municipal as well as private.

And due to the unaffordability of this insurance, many small companies go without, which creates a very dangerous situation.

The only people who really benefit from the current law are trial lawyers, since a large amount of the largest lawsuits in New York stem from Scaffold Law issues.  Increased cost due to the Scaffold Law drive away investment in New York’s infrastructure when developers and contractors can get better rates in other states, which also serves to reduce the number of construction jobs in the state.

Studies at SUNY’s Nelson Rockefeller Institute of Government have shown that workers are actually more likely to be injured due to the state’s Scaffold Law.  This can be substantiated by the drastic decrease in the number of construction-related injuries in Illinois since 1995, the year in which that state repealed its Scaffold Law.

A simple and effective reform would be to merely change the law’s terminology from an “absolute negligent” standard to a “comparative negligent” standard.  While not placing a ban on a worker’s right to sue for any reason, this would allow for an employer to bring employee culpability into the litigation process.

There will be a few bills put forth after the budget session concludes April 1 that will focus on reform and there is a feeling that the opposition to reform is waning.

Reform or repeal? Either would be a step in the right direction regarding this antiquated and costly law.

What we need now is to engage our business community and the public to join forces, and mobilize to fight to reform this onerous law which is so costly to all New Yorkers. This law hurts everyone – homeowners, taxpayers, school districts, hospitals, municipalities, business owners, etc.  No one remains untouched.

Please consider contacting your state representatives and let them know that you are aware of the damage that this unnecessary law does to our economy, and how it contributes to the high cost of living in New York State.  Tell them that you demand reform or repeal.

You can find contact information for your state representatives on our website, www.fultonmontgomeryny.org. Under the “Business Resources” tab go to “Legislative Contacts.”  Please don’t hesitate to contact me at the Chamber with questions, (518) 725-0641 or president@fultonmontgomeryny.org.

Johnstown Holiday Parade to return, but with precautions 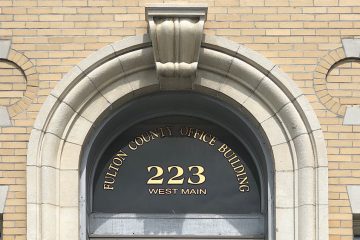 Johnstown approves raises; Water Board presses on with plans for superintendent