JOHNSTOWN – The Foothills Worship Center, formerly the Foothills United Methodist Church, has begun its long-anticipated move from its former location in Gloversville to its new location–the old Jansen Avenue Elementary School in Johnstown.

The move is 17 years in the making, said Pastor Brad Chesebro Wednesday.

“We’re anxious to get in the community, to welcome them, to reach out to them,” he said. “It’s been a long process, a lot of hoops and hurdles to jump through but we’re nearing the finish line and we’re very excited.”

Members of the church began moving some small items on Wednesday, with bigger furniture pieces expected to be moved in today.

Chesebro presented the plans for the school to the Johnstown City Planning Board during its monthly meeting Tuesday evening. 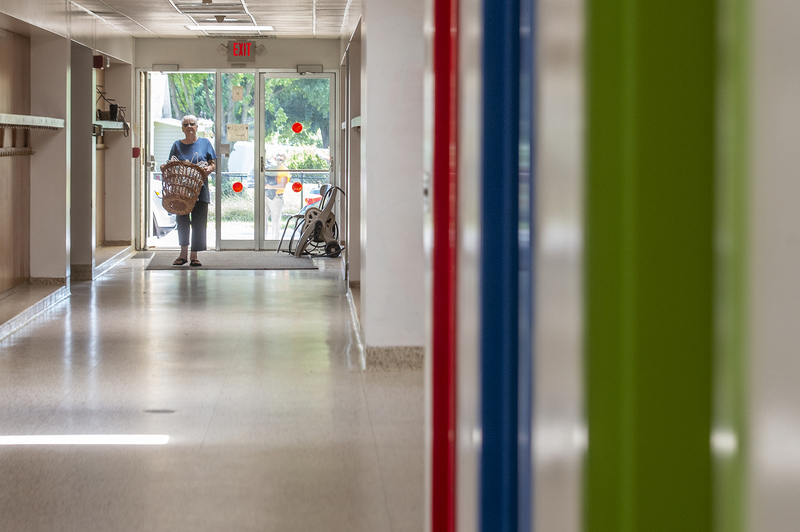 Very few changes, if any, will be made to the inside or outside of the building, according to documents provided to the Planning Board.

The Planning Board said the church could move items into the location in order to have Code Enforcement come inside to inspect the building. Fire Chief and Code Enforcement Officer Bruce Heberer said they will ensure there’s proper egress should an emergency take place. They will also check other items like the fire sprinkler system, he said.

Once that’s approved, Herberer said the church can be issued a temporary operating permit, which would allow for the church to hold worship while it awaits a public hearing in front of the Planning Board scheduled for Sept. 6.

Chesebro said he’s aiming to start having worship by Aug. 14.

Cindy Van Allen, a parishioner of the church for 71 years, said she’s excited the church will have a new space to grow and help the community.

“It’s going to lend unlimited opportunities to the community and the faith community in the area,” Van Allen said.

The school building has more than twice as much space as the church’s current building at 17 Fremont St. in Gloversville, which was built in 1875. Chesebro said it was financially equitable to invest money into the three story Fremont building to bring it up to the standards they wanted.

“The nice thing about the school is it’s all handicap accessible, it’s all one level, plenty of close parking,” he said. “It does have a full court gymnasium, the stage, it’s got everything we would need.”

In 2021, voters in the Greater Johnstown School District approved the district selling the building to the church. Since then the church has had many legal steps it needed to take before closing on the building in late June.

Because of the increase in space the church will be able to expand the programs it offers now and look at creating new ones, Chesebro said.

Chesebro said he wants to expand its musical offerings, including the possibility of establishing an after-school program for kids that want to learn to play instruments.

He also wants to offer a more contemporary way or worship through music.

“We currently have a traditional worship service now with a choir and an organ,” he said. “We want to have a more contemporary service–drums, guitars, keyboards, that kind of thing.”

On top of that the gymnasium offers the perfect location to begin recreational leagues and the overall increase in space gives the church the opportunity to provide more food assistance in the community, Chesebro said.

He said many of the food pantry locations in the community are only able to open a few hours a month but that the church plans to be open at least three hours a day Monday through Friday to serve the community.

The church currently has around 75 members. Chesebro said the hope is that a move to a larger location will also grow the church’s membership.