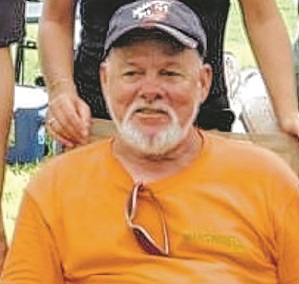 He was born in Gloversville on September 12, 1950, a
son of Glen and Pearl Walker Pepper and was educated
in Broadalbin schools. Glen lived in the area most
of his life and resided in Northville for more than forty
years.
Mr. Pepper was employed as a truck driver with
several area companies including Dwyer Trucking
in Gloversville and later with Wadsworth Logging in
Northville.
Glen was an outdoorsman and enjoyed fishing and
hunting with his sons. He was an avid NASCAR fan
and supported Dale Earnhardt, Sr. Glen was a member
of the NRA. Most of all, Glen loved spending time
with family and friends.
In addition to his parents, he was predeceased by an
infant daughter, April Lynn; a brother, David; and a
sister, Patricia. Survivors include his wife, Judith Earley
Pepper whom he married on November 4, 1968;
five children, Glen (Cleo) Pepper, Jr. of Northville,
Brian Pepper of Winchendon, MA, Angela Pepper
(Jay) of Bleeker, Christopher Pepper (fiancée, Nicole)
of Hope, and Stephen (Elizabeth) Pepper of Gloversville;
eight siblings, Glenda Bush, Carol Barras, Donna
La Pan, Ronald (Amy) Pepper, William (Jean) Pepper,
Karen Quiles, Joseph Lemery, and Diane Marriot; six
grandchildren; five great-grandchildren; and several
nieces, nephews, and cousins.
Cremation was performed at Park View Crematorium,
Schenectady.
A Celebration of his life will be held at a later date.
Memorial contributions may be made to the American
Heart Assoc., in care of the funeral home.
Arrangements are by the Robert M. Halgas Funeral
Home, Inc. 111 County Highway 106 Johnstown.
To express online condolences, please visit www.
halgasfuneralhome.com.