DOWN TO BUSINESS: Other industries looking to lease vacant retail space

To hear mall owner Macerich Co. tell it, brick-and-mortar retail is doing quite well, despite all the talk about inflation and recession.

“[T]o date we have seen very little pullback from the retailers, which I think is a result of the healthy retailer environment that exists today,” Doug Healey, senior executive vice president for leasing, said on a conference call with analysts last month as Macerich released third-quarter results.

Nearly 90% of expiring leases were renewed this year, he said, with the remainder in the letter-of-intent stage. And almost 25% of leases due to expire next year already are committed, with another 50% under letters of intent.

California-based Macerich, prime or joint owner of 44 regional malls and five community/“power” shopping centers across the U.S. – including Wilton Mall in Saratoga County – signed leases for 1.1 million square feet in the third quarter, on par with last year, executives said.

But at Wilton Mall, the anchor space once occupied by Bon-Ton has been empty since 2018, after the department store chain filed for bankruptcy and liquidated, and the food court fronting the former Bow Tie Cinemas has few purveyors. The movie theater itself is dark after closing with the shutdowns ordered early in the COVID-19 pandemic and never reopening.

Other Macerich malls are experiencing hiccups, too, even at prime holdings like Santa Monica Place in California and Tysons Corner Center near Washington, D.C. Both lost anchors as big-name national retailers culled stores, but the company reports the spaces are being filled with uses beyond retail.

Indeed, Macerich cites the former Sears store at Wilton Mall, leased to Saratoga Hospital in 2019 after the retailer closed, as an example of its effort to repurpose space to remain relevant in the face of shifting demand.

Such interest is “at levels that, frankly, we’ve never seen before,” he said.

Real estate experts say more mall owners are looking these days at non-traditional tenants to drive foot traffic and add to consumer “dwell times” – to the benefit of retail tenants at the property.

At Wilton Mall on Sunday, a long line waited for pictures with Santa, while a former storefront accommodated visits with rabbits from the rescue/adoption nonprofit Hop on Home. Across the way, The Dance Factory studio, in space once occupied by retailer Forever 21, advertised a 5 p.m. performance.

The mall was not jam-packed, but sales appeared brisk at traditional stores like JC Penney, Home Goods and Dick’s Sporting Goods. After all, it was the last full weekend of shopping before Christmas.

Marlene Kennedy is a freelance columnist. Opinions expressed in her column are her own and not necessarily the newspaper’s. Reach her at  [email protected] 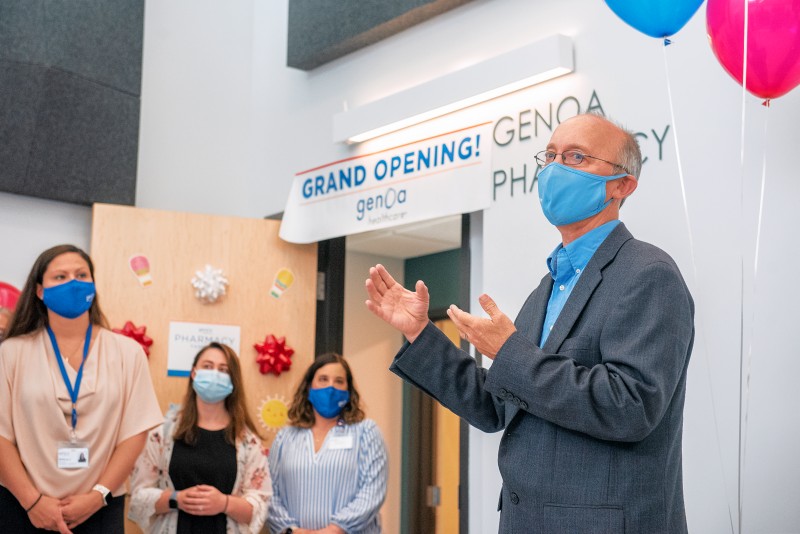